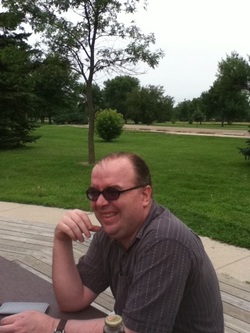 I have been giving professional psychic and tarot readings now since 1986. I've worked one on one with students, given seminars to 30 person's with experiential work allowing direct access to skills they were not previously aware, and working 60+ readings a day on a national line with high accuracy. My response?


While I have always been intuitive and psychic, I didn’t always know what that meant.  My skills didn’t just ‘pop up over night’, like my wife’s, but came in spurts. My first memory of a psychic phenomenon was at age seven. I was laying on my bed during a light spring day and daydreaming and I found myself looking down at myself from several feet above my bed and my point of few was changing wildly as I flew around the room.  This was my first experience with astral projection! It was a little frightening to begin with, as my family did not know anything about psychics/metaphysics, nor did I have anyone to talk to about this.

This being the case, it sort of set up a change in my religious studies when I was 14, trying to answer questions about God, faith, why we were here, etc. When talking to my pastor at church, I got a sort of shrug shouldered response, which left me wanting more.  Certainly wanting more out of faith than ‘read the Bible, it explains itself’, without a clear answer about passages I couldn’t understand or reason why the passages were there.

Where I got my inspiration...

I turned to the public libraries for answers. It was there I began to study about Pyramids, UFO’s, crystals and other rocks as healing agents, Stonehenge and the like.  The unknown, or mysteries of life have always intrigued me.  My studies in school leaned towards the sciences, which opened doors to empirical study, gave me the gift of 6 years of Latin, which included mythology and culture, but also physics, which piqued my interest in Quantum physics.  All this sort of melded into looking into a term called “Occult” which means hidden or secret in Latin.  Studying mythology, I found symbolisms that intrigued me, that brought me to tarot cards.

Two years later, I read an advertisement that said come and see a psychic at the common room of my dorm on Halloween,  Oct 31st 8:17pm.  It wasn’t the date that you might think brought me to this séance, but rather the unusual time reference (8:17, what’s that about?) and a Houdini style séance, which I longed for new and exciting information and how it could affect me. This was my introduction to Kay Frain.

Kay Frain became an influence in my life, a mentor of sorts.  Upon the first meeting, this was my first exposure to someone who made his or her living or presented professionally as a psychic.  I remember that she was able to read a large group and how some of the clairvoyant readings would bleed over as one person would sit too close to someone else and how she would ask them to change positions slightly fine tuning like a radio.

So fascinated with what she did, I went out to her ranch several times where she taught classes.  What was interesting was that she could see the potential of my skills, and took me from where I was as a self-taught student.  Later my wife and I would sit with Kay, swapping readings with her as peers.

My wife and I developed at the national online service, an uncanny ability to ‘pick up on each other’s readings’, meaning we can read the possible future, present and past in our client’s lives based on keying in on the same images or frequency and adding detail.  We call these clairvoyant readings, "Tandem readings".  We have successfully done this style of psychic reading, for the last 20 years we’ve been together.

During our time together we have developed an ethical code that has served us well; we don’t foster dependency, we believe in doing no harm; to promote the best in people and lift them up from where they are.  I can say that I am constantly surprised in readings, going out on a limb finding things with client’s that isn’t your normal ‘tall, dark and handsome’ style of readings, only to have them gasp; making me wonder if I am making this up, they say; “how did you know? I never told anyone about this?”  We both know that psychic skills come from something much vaster than ourselves, and that I stand behind the statement:

“Some people like me, some don’t” as my gauge.

What Can I offer you?

The best reading I know how, throwing everything I have into the psychic or tarot reading to find your answers.  This is all any psychic can do, but I also stand by my constant education and research on tarot, psychic development, and our ongoing spiritual search to give you the best spiritual, psychic and tarot consultations possible.
Back to Home Page